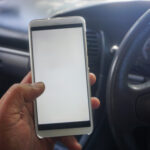 State Of Florida Considers Stiffer Penalties For Texting While Driving

Anti texting-while-driving campaigns have been on the rise across the country, and now close to home. Of the over 153.3 billion text messages sent in the United States alone in 2013, countless were sent on the way to or from work, home, or school, jeopardizing the safety of themselves and others on the road…. Read More »

Florida is one of only a handful of states that still allows drivers to talk on their cell phones while driving. Most other jurisdictions ban hand-held cell phone calls while driving, even if the limitation is just placed on novice drivers. The obvious rationale behind hand-held bans is to shift drivers’ focus away from… Read More »