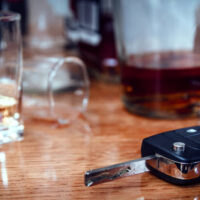 Getting behind the wheel of a vehicle after consuming large quantities of alcohol is one of the most reckless and risky decisions any driver can make. Drunk driving can have deadly consequences, as illustrated by the tragic accident that occurred on 137th Avenue in Miami-Dade County.

The driver of a 2016 Toyota was traveling on Southwest 137th Avenue and made a left turn onto Southwest 11th Street when the driver of a Hyundai Sonata collided with the Toyota. The driver of the Toyota died at the scene of the crash while his passenger had to be transported to Kendall Regional Medical Center due to the severity of their injuries.

Police suspect the driver of the Hyundai was under the influence of drugs or alcohol at the time of the collision. Police indicated that a blood sample was taken and an arrest may be forthcoming, according to ABC 10 News.

Unfortunately, fatal drunk driving accidents occur quite frequently in Florida. Between 2003 and 2012, over 8,000 Florida drivers lost their lives in drunk driving collisions. As a result, Florida has the third-highest drunk driving fatality rate in the entire country. If that was not bad enough, nearly half of the victims were individuals between the ages of 21 and 34.

Under Florida law, the surviving family members of a drunk driving accident victim are able to pursue financial restitution by filing a wrongful death lawsuit in a Florida civil court. This type of claim is distinct from criminal charges that may be brought by the state against the drunk driver. Just because a drunk driver is prosecuted criminally does not affect your ability to pursue financial damages from the at-fault driver. Recoverable damages from a wrongful death claim include:

Insurance Coverage May Dictate Amount that Can Be Recovered

Speak to a Miami Wrongful Death Lawyer Right Away

The Miami wrongful death attorneys of Alan Goldfarb, P.A. understand that losing a loved one in a sudden, unexpected accident is heart-wrenching. You should focus on grieving. Let us handle the legal issues. Contact our office today to schedule a free, confidential consultation.