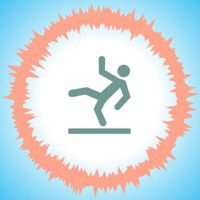 Walmart prevailed over an injured customer after they tripped and fell inside of a Walmart store. Walmart fields about a dozen lawsuits like this a day, so they have the process of defending them down to a science. Essentially, everything you do inside of Walmart is recorded. If, for instance, a light fixture were to fall from the ceiling and land on you, that would be caught on video. Walmart would turn the video over to their insurance company and the insurance company would determine what, if any, settlement they are willing to offer.

To be sure, if a light fixture falls on you, Walmart would be liable. However, slip, trip, and fall lawsuits are a little bit harrier. In this article, we’ll take a look at why this one failed.

A woman at a local Walmart slipped and fell on a wet floor. She accused Walmart of failing to address a dangerous condition on the premises that caused her injury. Her attorney suggested that the ceiling was leaking, but the rainwater could have just as easily been tracked in by customers in wet shoes and umbrellas. Footage showed that customers were wearing rain gear as early as 30 minutes before the accident occurred. The plaintiff also contended that as many as four Walmart employees had been in the area and not remedied the danger.

If you’ve suffered a slip and fall accident at Walmart or anywhere else, you can sue the company to recover damages related to your injuries so long as you can prove that the property owner knew or should have known about the dangerous condition. Call the Miami personal injury attorneys at the office of Alan Goldfarb, P.A. today to learn more about how we can help.