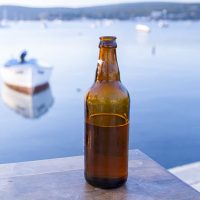 Alex Murdaugh has been charged with the death of his wife and his son, a story that has made headlines across the U.S. However, prior to this, his son was facing a wrongful death lawsuit after he killed a woman in a boating accident. The lawsuit is moving forward against the son’s estate and the company that served him alcohol prior to the boating accident. The company is asking for a separate trial, however, because they don’t want to be associated with the Murdaugh family or any of its intrigue. The company says they would be ready to go to trial but believe that being associated with Murdaugh is preventing them from getting a fair trial.

The family of the deceased plaintiff contends that the bar erred in serving Murdaugh’s son alcohol and they either knew or should have known that he was under 21 years of age at the time of purchase.

Murdaugh’s son was driving the boat when it struck something so forcefully that it split the boat straight down the seam. There was a gash extending from the bow to the stern. The victim was sitting on her boyfriend’s lap when she was ejected from the boat and lost.

Video surveillance shows Murdaugh’s son purchasing alcohol with a fake ID from a nearby gas station and then again at a bar. All of the teens were rushed to a nearby hospital where hospital staff reported that Murdaugh’s son was drunk, belligerent, and only wearing boxers. He was found to have a BAC of .268 which is more than three times the legal limit.

The State of Florida makes it very difficult to sue a bar or liquor store for the conduct of a patron. The exception is when the individual is a minor. Bars will generally claim that the patron had a fake ID which is an established fact in the case above. Then, the question becomes, are bartenders and bouncers really expected to spot a fake ID?

The answer is: No, they really aren’t. If a bar can establish that a patron used a fake ID and it was reasonable to assume the ID belonged to the defendant, then they have an affirmative defense to the allegations that they knowingly served alcohol to a minor. So, as long as the bar can establish that it took reasonable measures to enforce the law and came to a false conclusion based on trickery, then the bar is not liable for serving the minor alcohol. However, if the false ID was really bad, the minor did not look like the picture, or the bar failed to execute the proper protocols in carding the minor, then the bar could be held liable for the conduct of the minor.

The Miami personal injury lawyers at the office of Alan Goldfarb, P.A. represent the interests of injured plaintiffs in personal injury lawsuits against negligent defendants. Call today to schedule a free consultation and learn more about how we can help.