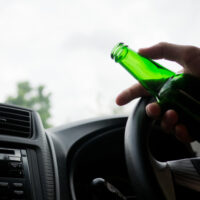 The bodyguard of pop celebrity Justin Bieber is facing criminal charges for driving under the influence after being involved in a serious car wreck that injured two police officers. The collision reportedly occurred in West Kendall, Florida, according to Us Weekly.

The bodyguard reportedly fled the scene of the accident after his Chevy Tahoe crashed into a police cruiser. The bodyguard refused to take a Breathalyzer test and was subsequently taken into custody. The Miami Herald reports that this bodyguard has a record of criminal misconduct. For example, he was arrested twice for disorderly conduct.

Unfortunately, serious auto accidents involving intoxicated drivers is a common occurrence in Florida, and across the country. For example, the Centers for Disease Control and Prevention reports that more than two percent of people surveyed in Florida admit to driving after consuming too much alcohol. Nationally, just under two percent admit taking the same risk.

If you or a family member was involved in a collision with an intoxicated driver, you have the right to pursue financial restitution for your harms and losses, which can be quite extensive in a car wreck. Many car accident victims wind up suffering debilitating injuries such as:

These injuries can result in significant medical bills, time missed from work, and other damages.

This is why you can pursue financial compensation for the following harms and losses:

When someone causes a serious accident as a result of being intoxicated, it may be possible to pursue punitive damages against the intoxicated driver. You may be asking yourself, “what are punitive damages?” Well, they are basically money damages designed to punish the wrongdoer.

In most cases, punitive damages are not pursued because there is a higher evidentiary burden and there is a statutory cap on damages. However, in the context of a drunk driving auto accident, the restrictions and limitations associated with a punitive damage award are not applicable, according to Florida Statute 768.736.

As you can see, when you or a family member is injured by a drunk driver, you have legal options and may be able to obtain compensation above and beyond what is typically awarded in other personal injury cases. To learn more about your legal options, contact the Miami drunk driving car accident injury lawyers at the office of Alan Goldfarb, P.A. to schedule a free consultation.