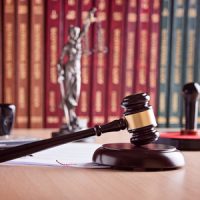 The family of a UPS driver along with another man who was injured in the crossfire of a police shooting has filed lawsuits against the six police agencies that were involved in the altercation.

Two men took the driver, Frank Ordonez, hostage after hijacking the truck and robbing a jewelry store. The men led police through two counties during a high-speed chase. The chase came to an abrupt end at a traffic stop. Police approached the UPS truck with weapons drawn. Ordonez, who was driving the truck at gunpoint, left the steering wheel.

At that point, twenty different officers from various agencies opened fire on the truck unleashing more than three dozen rounds. Both assailants were killed in the shooting, but two bystanders were as well and another bystander was injured.

The lawsuit names Miami-Dade among the several police departments that are named in the lawsuit.

The plaintiffs allege that the deaths of two bystanders and the injury of another were due to the negligence of police. They allege that the police failed to stop the truck in a less-populated area and failed to clear the area before opening fire on the hijackers. The departments are further accused of shooting first and asking questions later without fully ensuring the safety of civilians. The further failed to attempt any form of negotiation with the robbers before either shooting or securing the scene. In fact, they say there was no plan to address the hostage situation.

The suit further claims that police failed to follow established standards for a hostage situation even after knowing that there were two individuals in the truck who were not armed robbers.

Sovereign immunity laws make it more difficult for a civilian to sue the government than a private company or an individual. Not only is the standard of proof higher, but damage awards are capped at $200,000 per individual and $300,000 per incident. This means that, even if the lawsuit is successful, the families may only be splitting $150,000 unless an act of the legislature approves a higher settlement award.

The city and it’s employees will claim that the two men were killed by accident, probably because police were unaware that there were any civilians left in the vehicle, so that they didn’t realize it was a hostage situation.

Herein lies the rub. Police officers cannot typically be held liable for negligence unless that negligence rises to the standard of gross negligence or a casual indifference to the rights and safety of others. It is gross negligence that the police must prove and simple negligence, in this case, is a defense.

If you’ve been injured by the negligence of another, you can file a lawsuit to recover damages related to your medical expenses, lost time from work, and reduced quality of life. Call the Miami personal injury attorneys at the office of Alan Goldfarb, P.A. today to learn more about how we can help.