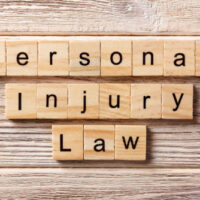 A lead paint lawsuit out of California made it all the way to the Supreme Court where the findings of every other judge who heard the case were upheld. Among the defendants were Sherwin-Williams, ConAgra, and other subsidiaries of Valhi Inc. In their defense, the $1.1 billion verdict was a bit steep for your average lawsuit, but in this case, the companies concealed the fact that their paint contained lead which led to a number of preventable injuries and as one court put it: “a public nuisance”.

After having their case heard by the U.S. Supreme Court, the companies have run out of courts to appeal the decision with. They’re stuck footing the bill for numerous personal injuries, the cost of the investigation that identified the problem, and the removal of lead paint from 1.6 million California homes. While the company no doubt found the verdict overly harsh, lead paint poses a serious danger to children including irreparable brain damage. A general word of wisdom to companies is: If your product poses a serious threat to children, you’re going to hit hard by the courts.

Lawsuit Based on Century-Old Ads

Sherwin-Williams ads dating back to 1904 were used as evidence that the company promoted lead-based paint product. The question then becomes: When did they become aware that the lead paint products were hazardous? According to Sherwin-Williams, they advertised their product honestly and are being punished for it. They didn’t know it was a serious problem until after it became accepted science. The federal government banned the use of lead in paints in 1978.

In a product liability lawsuit, it doesn’t matter whether or not the manufacturer knew that the product was dangerous or not. They are liable for any injuries the product causes and the cost of removing the dangerous condition from environments they polluted. While it may, on the surface, be difficult to blame Sherwin-Williams for behaving negligently, product liability suits do not require a plaintiff to prove negligence. They only need to show that the product was used as intended and caused injury.

Then there is the question of what Sherwin-Williams knew and when they knew it. While the science underlying the presence of lead poisoning was not well understood until the 1970’s, efforts to limit the presence and exposure to lead date back millennia. Pedanius Dioscorides, a physician who lived in 40 A.D. wrote that lead caused the mind to “give way”. Even Julius Caesar’s engineer, Vitruvius noted that aqueducts designed with lead made water “injurious”. Lead poisoning was common throughout the 19th century. Countries like France, Belgium, and Austria banned the use of lead paints in 1909 and it was eventually banned by the League of Nations shortly thereafter.

In other words, there was enough evidence there to suggest that there was cause for concern, but nothing happened till the 1970’s when lead paint was banned by statute.

If you’ve sustained an injury due to another’s malice or negligence, give the Miami attorneys at the office of Alan Goldfarb P.A. a call. We can help you recover damages for your injuries.