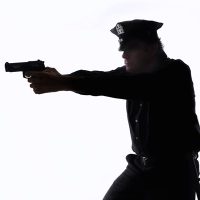 An attack on a police station resulted in a shootout that resulted in the death of a plainclothes narcotics officer who was mistaken for an active threat. The slain officer, of course, was Black. The officer who fired the bullet was white.

The family reached a settlement with the county after they faulted the county for negligent training and hiring. The family reported that the settlement was the highest available under the law, but did not openly discuss a dollar amount. Since the suit was filed against the government, sovereign immunity rules come into play that limit the liability of the state in these matters. Typically, settlements against the government are capped at around $200,000 plus or minus $50,000. The majority of states will fall in this range, including Florida.

The officer was not charged with a crime for the shooting and is no longer with the police department.

An old law on the books that remains on the books in some states prevents public servants from filing personal injury lawsuits related to their duties. This is known as “the fireman’s rule”. As an example, if a homeowner has faulty electrical wiring that results in a fire and firemen attempting to rescue those from inside the home are injured or killed, they would have been prevented from filing suit against the homeowner. Today, most of those laws are no longer on the books or have been amended to allow personal injury lawsuits in specific situations.

The most likely scenario is that the county felt so badly about the incident that they took liability themselves in order to appease the family and the general public and avoid a protracted battle in court where they tried to deny liability and further inflame the public.

This incident, which occurred in 2016, is one of the lesser-publicized instances of police-on-Black violence. Nonetheless, it is disturbing. The family faults the officer for finding a Black body to fire on when he was in a panic.

The Miami personal injury attorneys at the office of Alan Goldfarb, P.A. represent the interests of grieving families in wrongful death lawsuits as well as those injured by the negligence of others. Call today to schedule a free consultation and we can discuss your next steps immediately.