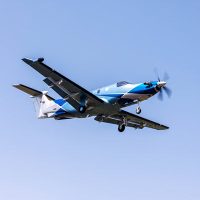 A lawsuit has been filed after a plane crash killed eight people. Among those were four teenagers returning from a hunting trip. The pilot and his son, who was a pilot in training, also died. Two parents died in the crash as well. Family members have since filed a lawsuit against the aviation company and other negligent parties claiming that pilot error led to the crash. No cause for the crash has since been discovered. However, the family believes that the pilot is responsible for the crash and has since filed a wrongful death lawsuit against his company.

The lawsuit alleges that the pilot flew in low-visibility conditions, into restricted airspace, and failed to maintain proper control of the plane.

The erratic behavior of the pilot has become the subject of the wrongful death lawsuit. While it isn’t entirely clear if the pilot or the plane ultimately led to the crash, the pilot’s employer and owner of the plane would be responsible in either case.

The allegations are quite strong and we don’t even really know what happened. That’s because it largely doesn’t matter if the pilot was having a stroke, drunk at the time, if the plane wasn’t handling properly because of some mechanical issue, or anything else. It is simply more likely than not that either the pilot negligently operated the plane or the plane itself was having mechanical issues prior to the flight. Either way, the pilot would have been expected to cut the flight short once it became apparent that the plane was not operating properly. Further, the pilot should have known prior to the flight that the plane wasn’t operating properly. If there was nothing wrong with the plane, then the pilot did not operate the plane properly.

So short of one of the passengers actually sabotaging the plane, it’s hard to imagine what the defendants’ defense would be to these allegations. No matter what happened, it’s their fault.

The Miami personal injury lawyers at the office of Alan Goldfarb, P.A. represent the interests of injured plaintiffs in lawsuits against negligent defendants. Call today to schedule a free consultation and we can begin discussing strategy immediately.