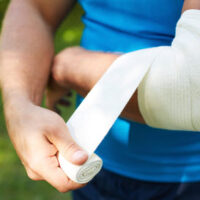 The family of hall-of-fame linebacker, Junior Seau, recently settled a wrongful death lawsuit against the NFL. Seau spent 20 years in the NFL, 13 of which were with the San Diego Chargers. He retired from the league in 2009 and in 2012, at the age of 43, he took his own life, delivering a fatal gunshot wound to his head.

While the details of the allegations have been sealed, and the case has been dismissed, many believe that Seau’s mood disturbances were the result of sustained concussions over the course of his career.

Concussions and managing concussions in football players has been a major issue over the past few years after another NFL linebacker, Jovan Belcher, killed the mother of his child and then shot himself as coaches looked on. That was in 2012, the same year Seau took his own life.

The Danger of Concussions

The NFL has become much more careful in the way it handles on-the-field concussions, but given the brutality of the game, concussions and other traumatic injuries will continue to be a part of the game. There is some indication that concussions can have a negative cumulative effect on athletes, and, in addition, an individual who sustains a second concussion in a short period of time after a first concussion has had time to heal is much more likely to have catastrophic, even deadly, symptoms.

Concussions happen when your brain is jarred so violently that it actually rattles in your skull. The collision between your brain and the side of your skull causes the brain to swell which puts added pressure on the brain. While the symptoms can range from relatively mild to extensive, most concussions resolve on their own. However, the effect of repeated concussions suffered over an extended period of time may have a cumulative effect on the brain.

The problem is, there’s no way to conclusively determine who is at increased risk for cumulative brain damage from concussions and who can walk away from a 20-year career and retire to a life of leisure.

Those susceptible to the disorder can experience symptoms of confusion, clumsiness, and “euphoric dementia.” In an earlier time, the syndrome was studied in boxers. That is where the term “punch drunk” comes from. This period can be offset by other mood disturbances including profound depression.

While the research is still in the early stages, it’s apparent that sustaining repeated mild traumatic brain injuries over an extended period of time can result in conduct that would otherwise be out of character, like a man who was described as a “great teammate” killing his girlfriend and then taking his own life.

Now, the sport of football is in a bit of a crisis of conscience. It is attempting to preserve the integrity of the game while simultaneously protecting its players from head trauma. New rules are aimed at reducing helmet-on-helmet contact and preventing players from leading with their helmets when tackling.

If your children have been injured due to a preventable sports injury, you may be able to recover damages. Contact the Miami personal injury attorneys at the law office of Alan Goldfarb, P.A. for more information.