Months After FIU Collapse, Information Still Hard to Come By 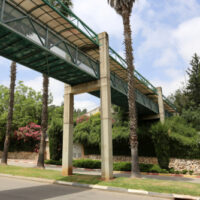 Several months after the deadly bridge collapse that took the lives of six people and there has not been more than a peep out of those who are responsible for investigating it. Nonetheless, some new information has managed to make it past the media blackout that the state has put on the case since several lawsuits, some of them by our own firm, have been filed against those who designed the bridge.

What kind of information?

Many personal injury lawyers who work with clients injured in transportation accidents have come to revere the NTSB for its meticulous investigations. Indeed, the NTSB is often the final word when it comes to conducting investigations and reconstructing accidents. They work slowly, but they work well and they don’t seem to miss much.

There’s a Four-Hour Gap in the Video

Florida International University had three cameras set on the bridge around the clock. The camera that was supposed to be videotaping the north end of the bridge is missing four hours worth of video. When it comes back, it shows a backhoe deepening the canal near the north end by the pier that holds the deck and canopy that would later collapse. No public statements have been made as to who ordered this work or why. There was work being done in this area up to the time that the bridge collapsed.

Video Shows Workers and Others Apparently Discussing the Cracks

Insurance Companies are Suing the Defendants

The insurance companies that insured two of the most prominent defendants are suing them to ensure that the general commercial liability policy that covers both defendants does not apply to (and thus would not be responsible for paying victims of) the FIU bridge collapse. The insurance companies are claiming that they offer policies called professional services liability that would cover such a disaster. Munilla Construction Management, one major defendant who is not being sued by an insurance company, does carry a $5 million policy for professional services liability.

If you or someone you love is injured or killed by the professional negligence of a third party, please contact our firm. We will ensure that your right to recovery is protected and that you are compensated for the full extent of your injuries. Give us a call or contact us online at the Miami office of Alan Goldfarb, P.A. for a free consultation.