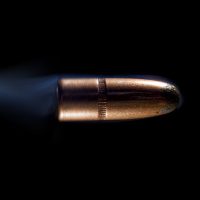 A Jacksonville family has filed a personal injury lawsuit against the City of Jacksonville after their daughter was struck by a stray bullet. The girl has undergone several major surgeries since the stray bullet struck her and has been ruled to be ineligible to work by the Social Security Administration because of her injuries. To add intrigue to the mix, a grand jury determined that the local police were underreporting criminal activity related to the school. This is often a bid to increase the area’s property values or the school district’s standing. However, the original lawsuit filed against the county resulted in a hung jury after the district claimed it had no foreknowledge that a shooting would occur.

In terms of negligent security lawsuits, foreknowledge is a major factor. However, if the police were failing to do their job properly and allowed dangerous situations to occur because of an internal policy of under-reporting crime, then they can be said to have created the environment in which a shooting death was likely. The grand jury ruling that the department had underreported crimes came after the plaintiff’s lawsuit resulted in a hung jury.

A 16-year-old is responsible for firing the weapon that injured the girl. He is also responsible for killing one other person and injuring two more. The question then becomes: Was the department’s conduct in under-reporting criminal activity a key factor in creating the set of circumstances that resulted in one death and three injuries? One report states that the school police supervisor misreported over 2,000 incidents. One officer told the press that something like this was bound to happen, and if that’s the case, if a jury believes that’s the case, then the lawsuit will have merit and be actionable.

Connecting a shooting to a department policy may be a little abstract for most people. However, the shooter got into a fight with the slain student and instead of being arrested, he was ejected from the grounds. We know what happened next. So, it becomes a matter of tying the negligence directly to the shooting. In this case, that turns out to not be so hard. In many cases, it may be impossible to litigate a case on the grounds of a police department policy. However, when that policy is in violation of state policy or the law, then you can start filing lawsuits. In this case, police reports were doctored to underreport crimes. That itself is a crime. Hence, the lawsuit should be allowed to move forward on the basis of criminal conduct within the school PD.

The Miami personal injury lawyers at the office of Alan Goldfarb, P.A. represent the interests of those who have sustained injury due to the negligence of another party. Call today to schedule a free consultation and learn more about how we can help.