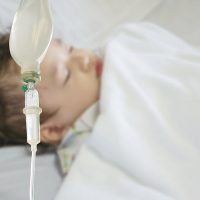 According to the family, which is Muslim, circumcision is a part of their faith. The child was born healthy and brought to the hospital to be circumcised. Four hours later, the parents opened up the child’s diaper and found it bloodstained. They brought the child back to the doctor who had performed the circumcision, and he dressed the wound and released the boy. Three hours after that, the boy’s diaper was allegedly saturated with blood. The parents brought the child back to the hospital and he was discharged without additional treatment. Another three hours passed and the boy was still in distress. The parents brought him back to the hospital where he was triaged by a nurse and they were forced to wait in the waiting room. The nurse told them the situation was not an emergency. The nurse also said they had difficulty speaking to the family who did not speak English well. An hour later, the father confronted the nurse as his child continued to bleed. The nurse reiterated that the matter was not an emergency and that there were other patients with more urgent needs. The father said that if the issue wasn’t an emergency, they should just go home. The nurse told them they should do that, but failed to check the boy’s wound before releasing them. A second doctor signed off on the chart without inspecting the baby.

As the night went on, the baby began showing signs of oxygen deprivation. His skin became paler and he seemed to have difficulty breathing. The nurse finally admitted the baby. The baby was classified as hemodynamically unstable at a catastrophic level. The condition occurs when there is abnormal blood flow resulting in a lack of blood to key organs. The baby was airlifted to a nearby neonatal ICU where he was diagnosed with hemorrhagic shock. The doctors noted that the baby suffered a severe brain injury.

The hospital is accused of negligently performing the circumcision then failing to check the baby after the parents brought him to the hospital for further treatment. They were routinely told the matter was not an emergency until the boy went into hemorrhagic shock from blood loss. By the time a competent physician treated the baby, he had already suffered permanent brain damage. The parents will be looking to recover damages related to the cost of caring for the child and the loss of quality of life.

The Miami personal injury lawyers at the office of Alan Goldfarb, P.A. file medical malpractice lawsuits on behalf of residents injured by negligent medical care. Call today to schedule a free consultation and we can discuss your case in more detail.