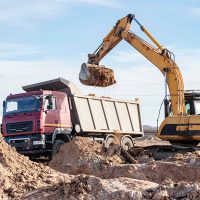 Netflix recently released a documentary concerning the environmental catastrophe at Three Mile Island. In that case, the company operating the nuclear facility falsified documents, buried information on the extent of the radiation, and even harassed whistleblowers to the extent that they feared for their lives. Protestors were harried by federal agents in a protectionist scheme to discredit fears concerning the facility. Nonetheless, the areas surrounding Three Mile Island remain a significant cancer cluster and could continue to do so for generations.

At one point, the company performing the cleanup of TMI wanted to use a radioactive and potentially defective crane to remove part of the core to continue the cleanup. This resulted in a whistleblower going public after his home had been ransacked. The potential for ecological damage was extreme if the crane failed. It could have resulted in an environmental catastrophe similar to Chernobyl, but much larger. The entire state of Pennsylvania could have ended up a quarantine zone.

Now, families in Florida are fighting their own cancer cluster lawsuits. Such lawsuits are often difficult to win because you can’t ever know what caused your cancer. Was it smoking? Was the radioactive material? Are you just genetically predisposed to developing cancer? These are all valid arguments. This is how grossly negligent companies get away with poisoning the environment.

Several families believe a local jet engine manufacturer is responsible for causing their children’s cancer. Indeed, more than the average number of children were born with potentially fatal cancers. The company is accused of failing to properly dispose of radioactive waste that then contaminated groundwater and soil in the community. This led to a cluster of brain cancer in children.

Families claim that the company used their community as a dumping ground for radioactive waste causing their children to develop rare brain cancers. Radiogenic cancers in adults can take decades to develop, but children are much more susceptible to genetic damage as they are developing in the womb. The lawsuit was filed a decade ago and the company is denying any connection between the uptick in cancers and their waste.

The plaintiffs have an uphill battle because cancer toxicity can be difficult to prove. Additionally, the defense will present seemingly valid reasons for denying the claim. This includes the State of Florida’s investigation that declared no connection between the waste disposal and the cancer cluster. Nonetheless, there is no other potential obvious reason for the uptick in cancer in the area. Additionally, the distance (6 miles) between the plant and the contaminated community is posing problems for the plaintiffs. They claim, however, the soil was sold to their community without having first been cleaned because the area is prone to flooding.

If you have been injured due to the negligence of a company, you are entitled to recover damages related to your injuries. Call the Miami personal injury attorneys at the office of Alan Goldfarb, P.A. today to schedule a free consultation and we can begin preparing your complaint immediately.