Low-Income People Driven Into Debt By Letters Of Protection 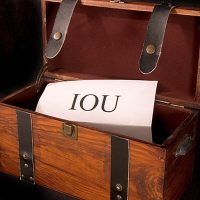 A man who had recently been in a car accident went to the hospital to have surgery to repair nagging pain in his neck and back. The hospital offered him a lifeline. They said they would cover the costs of the surgery if they could place a lien against the personal injury judgment that was likely to come. The man agreed and the surgery was performed. On his way back home, however, he collapsed in the Uber he was in with his wife. He died. Now, his wife is stuck with the bill and the personal injury case is quashed because the plaintiff is dead. The wife now owes over $100,000 in medical expenses and can do no more than declare bankruptcy to get the bill discharged.

The situation is not uncommon for low-income individuals who have been injured as a result of the negligence of another party. A hospital will offer to provide the necessary medical procedures, but they send you a bill that you cannot compare against other hospital bills or shop around. The bill may be far in excess of what other doctors charge for the same procedure. There is no standard when it comes to medical costs. If your personal injury judgment does not cover the cost of your medical bill, then you’re stuck with the remainder. This is known as a “letter of protection”.

Are letters of protection good or bad?

Eh. You’re taking a gamble, but so are the hospitals. In many cases, the hospitals will wait years for the personal injury case to settle before they can collect any money. The bill is not guaranteed to be recovered in its entirety by your attorney which creates the problem. Low-income people are more likely to get stuck with an unpayable bill than their richer counterparts, but isn’t that always the case? That’s what the hospitals that accept LOPs believe. They think they’re doing a favor to poor people by extending them a line of credit. But the LOPs are legally binding and there is no incentive or pressure you can place on the hospital to renegotiate them. At that point, the only lawyer who can help you is a bankruptcy lawyer. The medical debt can be discharged in bankruptcy, and often is, resulting in considerable risk for the hospital. So, both parties take a risk, but only one party is likely to be driven into bankruptcy due to the arrangement.

In other words, it’s not good or bad, but your circumstances can make it bad. If, for example, you die of an unrelated issue to your personal injury lawsuit, the lawsuit will be dismissed because the plaintiff is no longer alive. If the death is related to the injury accident, then that’s a different story. You can fold the action into a wrongful death lawsuit. But that clearly didn’t happen for our plaintiff discussed above. He died and now the judgment is pinned to his estate which is incurred by his wife who has no chance of paying the bill without the personal injury money.

The Miami personal injury lawyers at the office of Alan Goldfarb, P.A. represent the interests of those injured by negligent defendants. Call today to schedule a free consultation and we can begin preparing your claim immediately.