Close Menu
+
Miami Personal Injury Attorney > Blog > Medical Malpractice > What is NICA and Why is it Controversial?

What is NICA and Why is it Controversial? 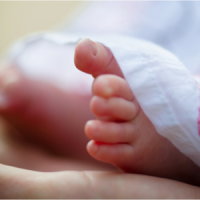 Birth injuries do happen, even in America. In fact, recent studies have shown that America is one of the most developed countries to have such high birth injury numbers. But the majority of these injuries come from hospitals in the inner city where funds are the tightest. Patients are sometimes not monitored properly or the doctors miss signs of fetal distress. The baby, still in its womb, suffers a catastrophic brain injury due to lack of oxygen and now the parents are on the hook for providing the child with the 24-hour care it needs. That’s if the child survives.

Birth injury cases in which the child survives are among the largest personal injury settlements you will ever see. Some have gone northwards of $300 million for just one case. Of course, the children will never live normal human lives. Many never learn to speak or can’t even feed themselves. So expensive full-time care becomes the norm for these families.

In most other states, you can file a medical malpractice lawsuit against the doctor. However, Florida has NICA which manages claims related to fetal and birth injury. Does NICA adequately compensate parents for all the expenses they will not have? Not really, which is why many are hoping to reform how birth injury cases work in Florida.

While the program superficially appears to help families struggling with children who have birth injuries, many families have reported difficulty getting reimbursements from much-needed in-home or inpatient care. Additionally, the $100,000 figure has remained the same since the late 80s while the costs of medical care have skyrocketed.

Meanwhile, many claims submitted to NICA are rejected leaving parents with no options at all but to pay out-of-pocket for their children’s medical needs. This leaves many families bankruptcy while NICA sits on its hands and chooses which claims to move forward and which ones to reject.

Why is NICA bad?

NICA compensates some families for some injuries to help with the costs of raising a disabled child, but it doesn’t cover enough and it’s too hard for applicants to submit perpetual claims based on every need as it arises. Compensation from NICA is nowhere near what it would be in a medical malpractice lawsuit. However, doctors have to pay less in medical malpractice insurance and folks think that causes the cost of health care to go down. So the parents are left to lament their bad luck and go to a different doctor the next time they have a child, if they can afford one.

The Miami medical malpractice attorneys at the office of Alan Goldfarb, P.A. can help injured patients recover damages from negligent doctors. Call our office today to schedule a free consultation and learn more about how we can help.