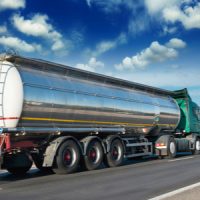 Setting up the story, a fuel tanker crashed spilling several thousand gallons of gasoline all over route 101. The driver of the tanker, who was injured in the crash, filed a claim with his employer’s uninsured driver’s policy. His claim came back rejected, so he has now filed a lawsuit against the insurance company. Below, we’ll take a look at the claim and how this happened.

Almost every state has laws requiring employers to carry workers’ compensation coverage. However, if they fail to carry this coverage or, for whatever reason, the insurance policy doesn’t pay out, the employee is entitled to then file a lawsuit against their employer. What usually happens is that the employer turns around and files a lawsuit against their insurance company to force the company to pay the claim. In this case, you have the injured driver suing the insurance company for wrongfully denying his $2 million claim.

What Type of Claim is It?

According to the truck driver, a distracted driver in another vehicle forced him off the road and caused him to crash his truck. The driver, who was uninsured, was later found. New Hampshire is one of one states that does not require drivers to carry car insurance. Instead of car insurance, those who are found at fault in accidents have their licenses automatically suspended until they make restitution to the injured party. Hence, the claim proceeded as an uninsured motorist claim under the commercial trucking policy offered by AIG, the company’s insurer.

The driver involved in the crash has since been charged with second-degree assault for attempting to intentionally hit the truck. According to police, the woman said that she was suicidal and wanted to “end it all”. She denied, however, intending to hit the fuel tanker.

Why Won’t AIG Settle the Claim?

It’s unclear. However, if the other driver intentionally attempted to crash her vehicle into another vehicle, there may be a policy exclusion for acts of intentional malice. AIG has refused to comment on the case, refused requests to arbitrate the case, and breached its contractual duties, according to an attorney for the plaintiff. Since AIG is refusing to comment, we can safely assume that they have some argument that they want to try out in court to deny coverage to this particular claimant. They just don’t want opposing counsel to know what it is.

Problematically, the only other actor in this scenario that could face a lawsuit is the driver who caused the accident in the first place. There is literally no chance, however, that the driver has substantial income or assets to compensate the victim’s medical expenses, lost wages, and reduced quality of life. If AIG wins their motion to deny coverage, the truck driver may have no compensation at all.

Is your insurance company giving you a hassle when it comes to covering an accident? If so, call the Miami personal injury lawyers at the office of Alan Goldfarb, P.A. today to schedule a free consultation and learn more about how we can help.

By Alan Goldfarb, P.A. | Posted on March 12, 2021
« Ethan’s Law Seeks to Protect Boaters from Accidents
What Constitutes “Pain and Suffering Damages” in a Personal Injury Lawsuit »