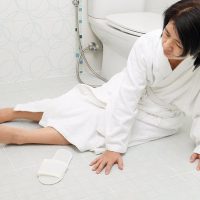 A family has filed a wrongful death lawsuit against a hospital after their loved one fell out of bed while being transferred from the bed to the bathroom. According to the lawsuit, a nurse had updated the patient’s record stating that two individuals must be present to move the woman. That did not happen and the woman fell to the ground causing further injury to her hip and a broken leg. She ended up dying a few days later. She was in the hospital rehabbing a recent hip replacement.

The hospital denies that its own negligence led to the woman’s death. A coroner’s report, however, confirms that the woman died due to complications related to her fall injuries and the fractured hip.

The plaintiffs affirm that negligent staffing and negligent hiring led to the hip fracture which led to the woman’s death. Meanwhile, the hospital claims that the woman was already in failing health and would have died regardless of whether or not she sustained the injury the plaintiffs believe led to her death. The coroner seems to confirm the plaintiff’s theory, so why isn’t the hospital moving to settle this lawsuit? It may simply be a matter of the defendant’s believing the plaintiff is asking for too much money.

Does the defense have a strong case?

Well, they managed to blur the matter a little bit. Consider firstly that the coroner’s report also mentions that the woman had a slew of preexisting medical conditions including congestive heart failure. The problem for the plaintiffs is that this complication was not caused by the hospital. On the other hand, the stress of breaking a leg and fracturing the hip may have put her over the edge. Since the injury was preventable by adhering to the proper standard of care, the negligence is, in fact, real. It did occur. There is nothing the defense can say that counters the object of the plaintiff’s case: That a failure to apply the treatment standards in the woman’s medical records led to a broken leg and further damage to her hip. This expedited her death.

Further, juries really don’t like arguments like this. They know that the defense is just trying to confuse the matter. In cases where a woman suffers a preventable fall due to the negligence of the hospital, jurors want the hospital to admit responsibility for allowing the injury. They do not want the hospital to blame an 80-year-old woman for her own fall, especially when the woman’s chart was updated to require two individuals to move her.

The Miami personal injury lawyers at the office of Alan Goldfarb, P.A. represent the interests of injured plaintiffs and grieving families in personal injury lawsuits. Call today to schedule a free consultation and we can begin discussing strategy immediately.