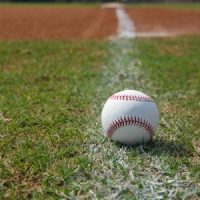 An appeals court has refused to dismiss a lawsuit filed against Miami-Dade County centering on an auto accident that occurred at a baseball diamond used by children. In 2016, a drunk driver crashed through the fence and severely injured a high school principal who was watching his son’s baseball game. The injuries were so extensive that they eventually required the amputation of both legs. The County moved to dismiss the lawsuit on the grounds of sovereign immunity. However, a three-judge appellate panel refused to dismiss the lawsuit. So it will move forward.

A 51-year-old woman was blamed for the accident. She lost control of her vehicle near the diamond and plowed through the fence pinning the principal underneath the vehicle. The woman has a long history of problems driving. She had been issued 14 traffic citations prior to this accident. The majority of the citations involved driving on a suspended license and driving without insurance.

The driver was offered a deal for 4 years but showed up late to court. The plea ended up being rescinded. The court found her behavior erratic. As of now, she will face trial for DUI with severe bodily injury. If convicted, she faces a maximum 7-year prison sentence.

The lawsuit against the county

There are certain types of arguments you are allowed to make against the government and other types of arguments you are not allowed to make. Sovereign immunity protects the government and officials from the consequences of bad policy and planning. However, operational defects in the implementation of the policy are actionable. What does that end up actually meaning?

It essentially means that politicians and governments cannot be sued for policy decisions. However, you can file a lawsuit if the implementation of that policy is negligent. To put it another way, negligently implementing a policy is actionable whereas suing over the policy itself is not.

In this case, the lawsuit was pleaded correctly according to the appeals court and the matter will move before a jury if it doesn’t settle. Essentially, the plaintiffs argued that the policy was fine and good, but the implementation of the policy was not. In this case, the county had planned to install a stop sign near the diamond but the county failed to implement the decision in a timely fashion. Hence it was not a policy and planning argument, it was an operational argument. Essentially, the stop sign was not installed in the proper place.

If you have been injured due to the negligence of another party, the Miami personal injury attorneys at the office of Alan Goldfarb, P.A. can help you recover damages related to your injuries. Call today to schedule a free consultation and we can begin preparing your suit immediately.