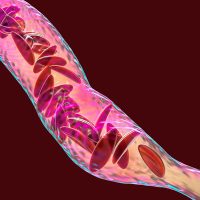 Here are the facts. A child was taken away from their birth parents and placed in the care of a foster family. The child had sickle cell anemia. For whatever reason, the foster family neglected to give the child the medication he needed to treat the condition. The child died as a result of that choice. The birth parents sued everyone involved in the matter for failing to properly care for their child. They were awarded $15 million as a result of the lawsuit. The named defendants were a social worker and the foster parent of the child.

The child was placed in the care of Alabama’s foster care system in 2013. The social worker placed the child with the defendant. The lawsuit stated that the child was not provided the prescription medications he required due to his condition. Further, the physical activity of the child was not monitored to avoid complications. Three months after his placement, the child began presenting with breathing problems. The child was brought to the hospital where he died two days later. The cause of death was respiratory problems related to complications of his condition. The child’s estate filed a lawsuit against the two defendants and secured a verdict of $15 million.

The foster parents should have been charged with a crime in this case for negligently caring for the child. In cases where a parent fails to provide a child with needed medication, the parent would generally be charged with a crime. However, in this case, that never happened. Instead, the family was forced to file a wrongful death lawsuit against two individuals who will likely never have $15 million to pay anyone. They can further discharge the debt if they file for bankruptcy. This leaves the family with nothing by way of compensation other than knowing that a jury believed that they had been wronged.

It’s in cases like these that the criminal justice system intercedes on behalf of those wronged by other members of the public. However, for whatever reason, that did not happen here and the child died. While it’s unlikely that the foster parents intended this to happen, it’s equally as likely that they did not extend the required amount of care the child needed to survive.

The Miami personal injury lawyers at the office of Alan Goldfarb, P.A. represent the interests of those who have been injured due to negligent actors and willful misconduct. Call today to schedule a free consultation and learn more about how we can help.