Woman Has Toes Amputated After Pedicure 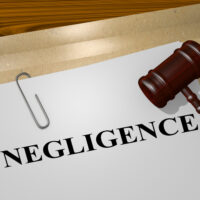 A Florida woman’s toes and part of her feet had to be amputated after a pedicure a Florida nail salon. The woman went into shock after she was cut by a pair of scissors. A judge ruled that the nail salon was at fault for the accident, but also ruled that the nail salon’s insurance company did not have to pay. The salon was covered by a general liability policy but did not have a professional liability policy commonly known as malpractice insurance. After examining the assets of the nail salon, her attorneys advised her to drop the case.

Why Drop the Case When the Judge Ruled the Nail Salon was Negligent?

When you file a lawsuit directly against a business and win a judgment against them, you become essentially a creditor and they become a debtor. As a debtor, they have certain rights. One of those rights is to discharge the debt in bankruptcy. They can file under Chapter 11 if they want to save their business or they can file under Chapter 7 and liquidate the entire business. Yet nail salons don’t typically have complex equipment that can be liquidated for the sake of repaying the plaintiff. In other words, the nail salon was judgment proof.

In this case, the nail salon did carry general liability insurance, but that policy did not cover the acts of employees. Typically, general liability coverage covers a business against slip and fall accidents and other types of injuries on-premises.

Does This Woman Have Any Options?

The nail salon got very lucky. The woman could have, if she was willing, found a personal injury lawyer who would take the case knowing that the defendant was judgment-proof. Essentially, the attorney would have made their case, won the judgment and forced the company to file for bankruptcy.

Unlike individual bankruptcies, Chapter 7 works differently for businesses. If a business files under Chapter 7, it’s basically dissolved and all of its assets are liquidated. This, of course, wouldn’t stop the new owners from opening up another business under a different name. But the woman would have had the satisfaction of knowing that the nail salon that cost her part of her feet would no longer be in business.

It’s one of those instances where the buyer needs to beware. Sticking with reputable nail salons or those that at least carry professional liability coverage, will save you a lot of headaches, and in some cases, maybe even your toes.

If you’ve been the victim of professional negligent, the Miami personal injury attorneys at the office of Alan Goldfarb, P.A. can help you recover damages for your injuries. Talk to us today to set up a free consultation.