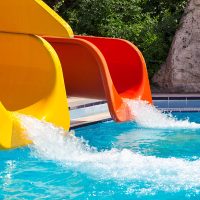 A woman has filed a negligence lawsuit against Universal Studios after suffering a serious injury on the Volcano Bay water park slide in 2018. The woman went down the ride head first on a mat provided by the water park. She states that the mat curled up as she was going down the slide and she struck her head multiple times. The resulting injury left her with permanent brain damage leaving her unable to drive or work. She has since filed a lawsuit against Universal Studios hoping to recover damages for the injury.

In 2019, another man broke his neck on the same water slide. In fact, the water slide has a long history of causing serious injuries since it was opened in 2017. In depositions, attorneys for the plaintiff were able to uncover other injuries that had occurred on the ride. In that case, a judge ruled that the plaintiff was eligible to receive punitive damages which means that the defendant may have knowingly and callously exposed patrons to danger. The matter must be decided by a jury, but a judge determines whether or not the jury will hear punitive damages arguments.

115 people were injured on one ride

Universal did consider how to handle the escalating number of injuries that were occurring on the ride. An effort was made to slow the slide down as 115 reported injuries occurred. These included minor injuries like chipped teeth and bruises, but occasionally very serious injuries like TBI and paralysis. The biggest problem was that there was not enough room when exiting the ride to slow down in what’s called the “catch pool”. When compared to other waterslides, the catch pool exit was significantly shorter. After the 2019 injury, the park added a weight limit of 150 lbs. which essentially placed the ride off-limits to about 50% of the population. In 2020, the ride was changed so that riders had to go down feet-first and the use of mats was eliminated.

Injuries are not being reported

Part of the lawsuit states that Universal had a duty to report any injuries that occurred on their rides and resulted in hospital stays of more than 24 hours. In the case of the plaintiff, the injury was never reported even though she suffered substantial injuries that required a protracted hospital stay. In fact, her injuries are so extensive that she will never be able to drive a car or work again. She requires constant care. Nonetheless, the injury never made it onto the state’s radar and thus inspections of the ride were never conducted. Universal continued to operate the ride allowing more visitors to become injured, some permanently and catastrophically. Universal is thus being sued for punitive damages on top of compensatory damages for exposing their patrons to a known danger.

The Miami personal injury lawyers at the office of Alan Goldfarb, P.A. represent the interests of those who have been injured at amusement parks. Call today to schedule a free consultation and we can begin discussing your injuries immediately.