Firefighters Believe Their Protective Gear is a Carcinogen 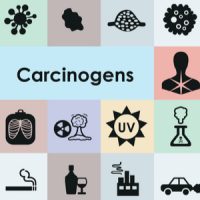 Firefighters in Florida and all over the country are sounding the alarm over their protective gear. They believe it has caused a larger-than-average number of firefighters to get rare forms of cancer.

For years, cancer rates among firefighters have been higher than the general population. But no one knew why. Eventually, scientists zeroed in on turnout gear. Turnout gear is designed to be flame retardant, but some of the chemicals are also cancer-causing agents. For years, the prevailing explanation for the uptick in cancer among firefighters was smoke inhalation. But now, researchers are zeroing in on flame-retardant chemicals used to protect firefighters in their protective gear and foaming flame repellent.

Who Knew What and When?

This is not a new story. Those investigating claims such as the one mentioned above are at a severe disadvantage when it comes to unpacking the problem. This creates a situation where the company that manufactured the material used by firefighters has a head start when it comes to the investigation. Records show that Dupont was concerned about their material as far back as 1990 and worried about how regulations might cut into their profit margin.

Thus far, there has been no study into the chemicals used by Dupont to manufacture flame-retardant materials. These are known as perfluorinated alkylated substances (PFAS) which include perfluorooctanoic acid (PFOA) which is commonly found in firefighters’ uniforms. Both substances are classified as “possible human carcinogens”. The highest designation a chemical can get is a “probable human carcinogen”. Some studies suggest these chemicals can increase the rate of specific cancers in humans. These include colon and prostate cancer which is prevalent among firefighters. All such studies have concluded that more research is necessary.

What Measures Are Being Taken?

Additionally, Dupont has already lost PFOA lawsuits, once in West Virginia for contaminating local water supplies. In 1997, Dupont scientists identified a possible link between PFOAs and cancer but concluded that the origin of the cancers is not well understood.

That, in essence, will be Dupont’s defense. We studied the issue and could not draw a firm conclusion that our chemical was causing cancer. However, 20 years later, we’re still talking about the chemicals and firefighters are still having their lifespans shortened by exposure to these chemicals.

If you’ve been exposed to a dangerous chemical, then you are entitled to recover damages related to your injuries. Call the Miami personal injury attorneys at the office of Alan Goldfarb, P.A. today to discuss the situation in further detail and learn more about how we can help.