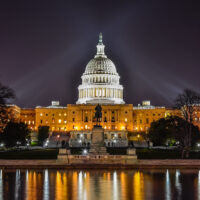 Few demographics are more vulnerable than children. When they are sexually abused by those in positions of power, the harm caused can last for the rest of their lives. Personality changes develop. Depression, anxiety, PTSD and an overall reduced quality of life are common. Now, a proposed bill, HB 53, will pass legislation allowing those under the age of 18 but over the age of 15, to file lawsuits against alleged sexual abusers up to the age of 55.

Anyone who has seen the documentary The Keepers likely remembers the civil suit that was filed against Joseph Maskell and the Catholic Church. The lawsuit, which was brought against the church several decades after the incident occurred, involved a female victim who was sexually abused while she attended a Catholic-run school. Maskell was a guidance counselor at the time. Several women stepped forward claiming that Maskell abused them or arranged for other men to abuse him.

However, the lawsuit against Maskell and the church was dismissed on statutory restrictions preventing such injury lawsuits from being filed after the statute of limitations had elapsed.

Today, several states have recognized that the statute of limitations allows predatory sex offenders and the institutions that protected them off the hook for the damage they caused to so many lives.

Florida along with 45 other states and Washington, D.C. does not have a statute of limitations when it comes to sexual battery charges against minors. In addition, in 2010, Florida began allowing victims of 15 years of age or younger to file civil suits against their assailants without time-barring statutes of limitations. The new proposed legislation would allow 16-year-olds and 17-year-olds to file claims up until they reach the age of 55.

While many are lauding the bill as a step forward for victims, the bill’s authors caution that the bill will not reach the floor until January of 2020 and could undergo several changes before it is passed. Additionally, this bill would not allow victims to file claims if the abuse occurred before the bill goes into effect, if it goes into effect.

This legislation is part of a nationwide push to hold institutions like Boy Scouts of America and the Catholic Church responsible for the role they played in covering up sexual abuse. In many instances, this tactic created more victims while the initial victim had little to no recourse for justice.

The Keepers showed just how indifferent the old laws were to the plight of victims. The plaintiff tried to get around the statute of limitations by claiming that the memories were only recovered recently. This forced the court to rule on the validity of recovered or suppressed memories. The case was dismissed before it a jury was able to rule on it.

Victims of sexual abuse may be able to hold the perpetrator responsible and the company or institution that facilitated the crime. If you or someone you love was the victim of sexual assault, talk the Miami personal injury attorneys at the office of Alan Goldfarb, P.A. for a free consultation.