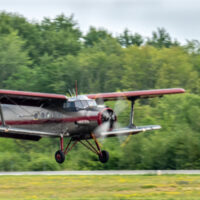 The fatal Everglades plane crash that claimed the lives of four victims has generated its first lawsuit. The mother of a twenty-two-year-old killed in the incident has filed the first lawsuit against the Dean International Flight School, which the man was attending for instructional purposes.

The crash was caused by a mid-air collision between two planes, both of which were operated by the now-closing flight school. In addition, the lawsuit comes after the NTSB (the National Transportation Safety Board) released its preliminary report on the crash. According to the report, the two planes collided nearly head-on.

The lawsuit alleges that nobody warned the man and his instructor that another pair was currently in a flight-instruction session. The other two were flying in the same area at the same altitude.

Florida wrongful death laws are laid out in the Florida Wrongful Death Act. There are two or more separate actions filed. One on behalf of the victim’s estate and others from grieving loved ones.

In the case of the Everglades plane crash, the mother of this man is filing a wrongful death claim for her deceased son, who was twenty-two at the time of his death. When there are no other surviving children, parents of negligently killed adult children may collect damages for pain and suffering. The estate, however, can collect damages for funeral and medical expenses, loss of net accumulations, and loss of potential earnings.

In order for this man’s mother to collect on pain and suffering, she must demonstrate to the court that her relationship with her son was sufficiently close to warrant there being a legitimate emotional loss.

The Role of Negligence

In this case, the plaintiff is alleging that the defendants sent up two planes for training sessions in the same area at the same altitude. If this can be demonstrated, then the flight instruction school is responsible for four preventable deaths. That proves negligence right there.

Has Your Loved One Died Due to Another’s Negligence?

If the answer to that question is yes, Miami personal injury attorney, Alan Goldfarb, can help you recover damages. Give us a call at 305-371-3111 or contact us online, and we can begin preparing your case immediately.