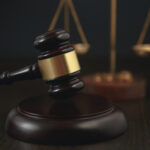 Three teenage passengers lost their lives while another teenager suffered catastrophic injuries when their vehicle smashed into the roof of a turnpike toll plaza on McNabb Road in North Lauderdale. Two of the teenagers died at the scene of the crash while the other teen died while being treated at Broward Health North. Reports… Read More »

A Lyft driver who was transporting four passengers in his Volkswagen Jetta died in a collision with a vehicle being operated by someone high on crystal meth and cocaine. Reports indicate that the at-fault driver stole a BMW and wound up crashing it into the Lyft driver’s Jetta. The at-fault driver is currently facing… Read More »

A man was standing outside his vehicle that was stalled on a street in Fort Lauderdale when another driver crashed into him causing his untimely death. The tragic collision occurred on East Las Olas Boulevard, according to the Miami Herald. If that was not bad enough, the reckless driver that hit the victim decided… Read More »

Losing someone you love is always devastating, but the pain is made that much worse when your loved one was just a child with their whole life ahead of them. It is also infuriating when you discover you’re your child may have died as a result of careless driving by another individual. A prime… Read More »