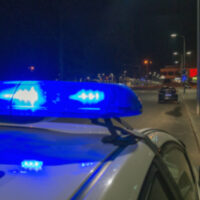 A public works driver was under investigation after hitting a transient woman described as having a drug and alcohol problem. Nonetheless, the man left the scene of the accident after he had hit the woman and witnesses described the incident as a “hit and run”.

According to reports, the woman was “lying in the street” when she was run over by Duane Simmons. The accident happened at 3 am and Daytona Police Chief, Craig Capri said he believed that the driver of the vehicle did not even know that he had run over someone. The police chief also indicated that the victim, Dawn Klenk, was a known transient who was likely to have been intoxicated at the time of the accident. While the details are unclear, witnesses said that woman was lying in the street when struck by Simmons’ vehicle.

Police say that it’s unlikely that the driver will face any charges.

While witnesses described the incident as a hit and run, they also said that the woman was lying in the middle of the street. The driver claimed that he had no idea that he had just run over another person. He was told about the situation later. The driver was in a larger SUV and the lighting wasn’t great according to the police chief. Still, after running over something as large as a person, most might be inclined to see what it was that they had run over.

Duty of Care in Negligence Lawsuits

No family members have stepped forward thus far to file a lawsuit on behalf of the deceased woman. But if they did, it would be a tough case to litigate. Since she was lying in the middle of the street and probably intoxicated, the driver’s may not have a duty to anticipate that.

The Driver Knew or Should Have Known

So far, the Daytona Beach police investigation has led them to the conclusion that the driver of the vehicle “did not know” that he had just run over a pedestrian. While they have not entirely closed the case, they do not intend to pursue charges either. But civil liability is a different story entirely and standard of proof is much lower. If loved ones of the deceased were to file suit against the city for the accident, they would need to show via witness testimony that the driver was indeed aware that he had just run a person over and left the scene as opposed to rendering aid.

Even though Florida is a no-fault state, you can still, under some circumstances, sue a negligent driver. Give the personal injury attorneys at the office of Alan Goldfarb, P.A. a call or contact us online for a free consultation.