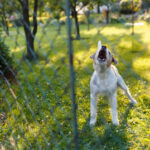 A 3-year-old girl underwent emergency surgery at Kendall Regional Medical Center in February 2017 because she was mauled by a dog, according to CBS Miami. The previous day the little girl made a simple request to her father. She wanted milk. There was none in the house. Her father tried to prolong the trip… Read More »

Dog bites are a relatively common cause of a personal injury that people often do not give a lot of thought to.  According to the Centers for Disease Control and Prevention, there are nearly 8 million incidents of people being bitten by a domestic dog in the United States every year.  Of those incidents,… Read More »

A judge spared the life of a dog that severely injured a child when it found Florida state dog bite laws unconstitutional. The December 14th decision by Circuit Court Judge Andrew Owens found that Florida’s dog bite laws illegally mandates animal control to confiscate and destroy a dog after it inflicts a severe injury,… Read More »

Very often, dogs will bite and attack letter carriers and other delivery personnel. The U.S. Postal service reports that dogs bit 5,581 postal carriers in 2013. While dog bites and attacks are depicted in cartoons or television as a source of humor, dog attacks on letter carriers are a serious problem. The National Association… Read More »

The Centers for Disease Control and Prevention reports that dogs bite 5.4 million Americans each year. Often times, dog bites result in injuries that call for extensive care. Children are more likely than adults to be bitten by a dog. In fact, children between the ages of five and nine are common victims of… Read More »