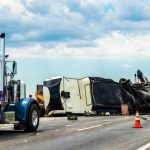 Two semi-truck drivers and five children were killed in a deadly wreck on I-75. The accident occurred on January third and now, eight lawsuits have thus far been filed by the grieving families of the children who were killed in the crash and living survivors who sustained serious life-altering injuries. All of these lawsuits… Read More » 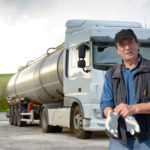 The National Transportation Safety Board conducted a study of 182 commercial truck accidents and discovered that 31 percent of these major collisions involved a truck operator who was fatigued, according to the New York Times. The prevalence of fatigued commercial truck operators served as a basis for the Federal Motor Carrier Safety Administration establishing… Read More »

When someone is injured in an accident involving a large commercial truck or big rig, there is a litany of state and federal regulations that may come into play affecting the liability of the truck driver and their employer. This is why truck accident litigation is considered to be some of the most complex… Read More »

FMCSA Opts to Capitulate Rather Than Regulate

The Federal Motor Carrier Safety Administration (FMCSA) announced they are no longer going to pursue a proposed regulation that would require testing for sleep apnea, a disorder that has been cited for contributing to the cause of deadly railroad accidents and commercial trucking accidents. The FMCA based its decision not to regulate on the… Read More » 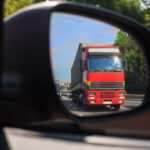