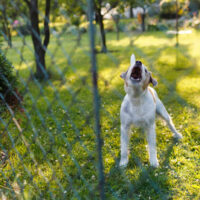 A 3-year-old girl underwent emergency surgery at Kendall Regional Medical Center in February 2017 because she was mauled by a dog, according to CBS Miami.

The previous day the little girl made a simple request to her father. She wanted milk. There was none in the house. Her father tried to prolong the trip to the store to buy milk. Eventually, the girl’s persistence made her father agree to go to the store for milk.

As they walked to the store in their Florida City neighborhood, a dog came from nowhere. The dog attacked the little girl. Her father did everything to stop the dog attack from trying to come between the dog and his daughter to hitting it across the head.

The dog’s owner arrived and tried to stop the dog from attacking the girl. It took five to six minutes to stop the attack. The little girl was rushed to the hospital.

Police, during their investigation, discovered the dog had escaped from its fenced in yard. The owner did surrender the dog to the Miami-Dade Animal Services. The dog was later euthanized after continuing to show aggression.

The 3-year-old girl was last listed fair condition after the emergency surgery. Injuries were sustained on her back. According to her father, her spine was visible after the attack.

It’s not known if the owner will face criminal charges or a civil lawsuit.

According to Florida statute, FLSA 767.04, a dog owner is liable for any injuries an individual suffers because of their dog attacking them. To be liable for damages, the dog must bite another individual and the person must be in a lawfully private place or a public place.

Florida is a strict liability state. This means the dog owner is held financially responsible any dog bite that occurs. It doesn’t matter if the dog never bit anyone prior to the incident or their owner didn’t know the dog had a propensity to bite.

Damages, or money award to the dog bite victim, may include:

Let Alan Goldfarb, P.A. Get the Money You Deserve from Your Miami Dog Bite Injury

You shouldn’t be financially responsible for injuries caused by a dog. Contact the Miami attorneys at the office of Alan Goldfarb P.A. immediately to determine how to get the money you deserve. We will represent you in your dog bite injury.