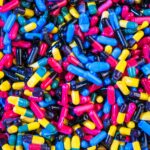 Is Big Pharma Accountable For The Opioid Epidemic?

A lawsuit filed by Palm Bay City Hall could open up the floodgates for personal injury lawsuits in the state for those who have become addicted to prescription pain-management medication. Palm Bay will be the first city in the State of Florida to sue the pharmaceutical companies that they feel are responsible for America’s… Read More »

Off-label Use of Zofran: The Risks

There is an increasing number of lawsuits being filed over the off-label use of Zofran. The lawsuits come in the wake of recent studies and reports that Zofran may cause birth defects if taken during pregnancy. Originally, Zofran was created and intended as a powerful anti-nausea medicine for use by chemotherapy patients and surgery… Read More »

In most instances, the difference between one and two of something is not very significant. With medication, however, particularly when administered to the very young or the very old, a seemingly tiny difference like this can be fatal. While we can expect some over dosages to be attributed to errors of inexperienced parents or… Read More »