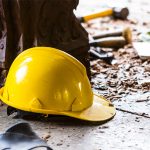 Six workers were trapped for hours after a bundle of rebar fell at a construction site. The workers were eventually freed and sent to the hospital. They were listed in either serious or critical condition. The accident occurred at 830 Brickell in Miami where developers are constructing a 57-story tower in the plaza. The… Read More »

The Miami Herald initiated a lawsuit against the Florida Department of Transportation asking for documents including the minutes of meetings, emails, and other information relevant to the shocking tragedy that took the lives of six Floridians. Reports say that this information is directly related to the bridge’s construction. The Florida Department of Transportation, however,… Read More »

Injured in a Construction Accident – What You Need to Know

A serious injury occurs on a construction site every fourteen minutes causing 37,000 injuries a year, according to the Occupational Safety and Health Administration (OSHA). If that was not bad enough, of the almost five thousand workers killed on the job in 2014, roughly 1-in-5 of those deaths occurred at a  construction site. If… Read More » 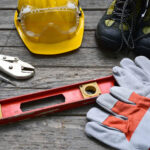 Miami area construction accidents pose a significant threat to their victims. Because of its physical nature, construction workers are constantly in danger of being hurt in an accident. And because of the nature of the work they do, those accidents can happen anywhere. For example, there are accidents where equipment is not set up… Read More »