NTSB To Announce Likely Cause of FIU Bridge Collapse

On October 29th, the National Transportation Safety Board will announce the likely cause, according to their investigation, of the FIU Bridge Collapse. The collapse, which resulted in six deaths and eight injuries has been subject to finger-pointing from the various parties tasked with various aspects of the construction of the bridge. The NTSB will… Read More »

The contractors who designed the FIU bridge that collapsed killing 6 people and injured 9 others have been cited by federal authorities for rampant workplace and safety violations. On top of likely being on the hook for millions of dollars in wrongful death lawsuits and other injury settlements, the construction companies that employed the… Read More » 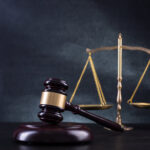 By Andres Viglucci And Nicholas Nehamas November 15, 2018 12:36 PM Updated November 15, 2018 07:26 PM Design flaws led to cracking in a critical portion of the Florida International University pedestrian bridge that collapsed during construction earlier this year, federal investigators conclude in a brief update issued Thursday. The two-page report by the… Read More » 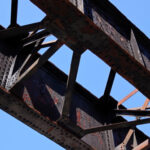 After the pedestrian bridge collapse that ended the lives of 15 Floridians, the State of Florida conducted an investigation to determine the ultimate cause of the collapse. During that investigation, it was revealed that engineers working on the project saw the cracks in the bridge and at least one of whom reported the issue… Read More »

The Miami Herald initiated a lawsuit against the Florida Department of Transportation asking for documents including the minutes of meetings, emails, and other information relevant to the shocking tragedy that took the lives of six Floridians. Reports say that this information is directly related to the bridge’s construction. The Florida Department of Transportation, however,… Read More »

More personal injury lawsuits are emerging from the bridge collapse that claimed the lives of six people. A 22-year-old student was in the left-turn lane waiting for the light to change when the bridge came crashing down on her Honda Civic. The 950-ton slab of concrete barely missed the cabin of her vehicle and… Read More »

Determining liability in a car accident is never a simple process. There are many factors that determine fault, and even in a no-fault state like Florida, personal injury liability – when it’s extreme enough –  is governed by the question of negligence and the realm of the courts. But what about when the victim… Read More » 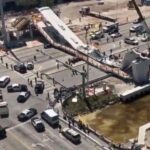 Alan Goldfarb Believes the FIU Bridge Project May Have Been Rushed

Alan Goldfard was the attorney for the family of an FIU student killed by a car while crossing the street at the site of the FIU bridge collapse in 2017.  Read the News 7 Miami Report …….