A Florida musician is suing Shorecrest Preparatory School after he says that a large stage prop fell on top of him. The plaintiff is a bassist and audio engineer who works at St. Petersburg College as adjunct faculty where he teaches music classes. The incident occurred roughly three years ago at the exclusive private… Read More » 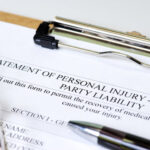 A Virginia woman has filed a $1 million lawsuit against Donald Trump’s Washington, DC hotel. The federal government is also named in the lawsuit. The woman was coming out of the building when she fell down some steps. She claims that the lack of a handrail contributed to her injuries. The woman claims that… Read More »

In a scene straight out of Alfred Hitchcock, a woman is claiming that she was struck in the head and “attacked” by a bird while on the docks at Disney. Does her case seem a little far fetched? We’ll take a look at the injury, how it occurred, and whether Disney can be held… Read More » 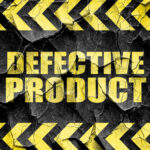 Man Who Stages His Own Slip and Fall Caught on Camera

For those of you who are fans of the hit TV show Better Call Saul, you’ll remember that the lead character is also known as “Slippin Jimmy”. He’s earned this moniker by conning proprietors by staging slip and fall accidents in public proprietary establishments. For those of us who practice law, the idea of… Read More » 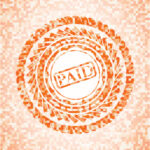 Is the University of Central Florida responsible after a flying sign struck a fan in the stands? A Brevard County woman sued the UCF when, while she was attending a Knights football game, a “three-tiered metal-framed sign stand” struck her causing her to suffer injuries. The suit claimed that the University alongside other associated… Read More »

There’s no shortage of lawsuits leveled at Walmart. Most of these are premises liability suits in which a customer alleges that a dangerous condition within the store caused them to slip, trip, or fall. Sometimes these lawsuits are valid and other times they aren’t. But they can be instructive of what constitutes a valid… Read More »

Should EA Sports be Responsible for the Madden Shooting in Jacksonville?

It’s not always easy to be a personal injury lawsuit. Sometimes people think of us as ambulance chasers or think we invent problems where there aren’t any. You’re probably thinking that the case against EA Sports is very likely one of those “frivolous lawsuits” that you hear politicians bemoaning as they present their strategy… Read More » 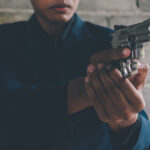 Dennis Gore was visiting a North Miami Beach apartment complex when he was shot six times. In 2014, Gore had left a flag football game and went to his mother’s apartment where he and a friend watched the NBA playoffs. Gore left later to get a compression bandage at a local Walgreens. Upon leaving… Read More » 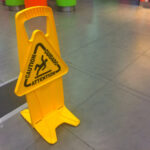 An Orlando woman is suing Walmart in a premises liability lawsuit. The woman claims that she tripped and fell over a shopping cart as she was walking through an aisle. The woman is further alleging that, as a result of the accident, she sustained: Bodily injuries Medical bills Pain and suffering Emotional anguish Lost… Read More »