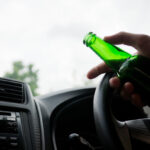 The bodyguard of pop celebrity Justin Bieber is facing criminal charges for driving under the influence after being involved in a serious car wreck that injured two police officers. The collision reportedly occurred in West Kendall, Florida, according to Us Weekly. The bodyguard reportedly fled the scene of the accident after his Chevy Tahoe… Read More »

Drunk driving is one of the most dangerous and reckless decisions a motorist can make. It is a choice made by someone with a complete disregard for the health and safety of others. A prime example is found in the tragic car wreck that occurred in Miami-Dade County at the intersection of Southwest 137th… Read More »