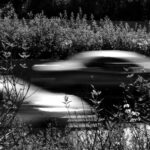 The lives of four family members in a Nissan Altima were changed forever after being involved in a horrific accident that occurred at an intersection in Northwest Miami-Dade. A 17-year-old motorist operating an SUV ran a red light and crashed directly into the Altima. The ramifications of the collision were devastating. The father (who… Read More »

In Florida, legal actions for personal injury and wrongful death claims have similarities. Both claims are based on a theory that a duty was owed and breached. Under both claims, someone has suffered a harm or injury which resulted in medical bills and noneconomic damages (eg. permanent disability, mental trauma). Despite their similarities between… Read More »