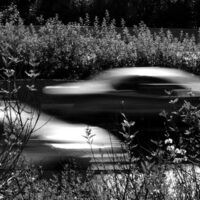 The lives of four family members in a Nissan Altima were changed forever after being involved in a horrific accident that occurred at an intersection in Northwest Miami-Dade. A 17-year-old motorist operating an SUV ran a red light and crashed directly into the Altima.

The ramifications of the collision were devastating. The father (who was in the backseat of the vehicle) died as a result of the collision and the remaining occupants suffered debilitating bodily injuries including fractured ribs, internal bleeding, a broken pelvis, and a punctured lung.

The injured victims were in the hospital for more than a month and they accrued close to $1 million in medical bills, according to 7 News Miami.

To rub salt in the proverbial wound, the family discovered that the negligent 17-year-old motorist had a minimum auto insurance policy. This means that they would be on the hook for a large percentage of the accrued medical bills (not to mention lost income and pain and suffering). Furthermore, the family learned that the teenage driver was not being charged criminally. Instead, he received a traffic citation for running the red light (which the teen is now contesting in traffic court).

Takeaways From This Tragic Incident

There are some important lessons to learn from this terrible car crash. First and foremost, make sure you purchase uninsured and underinsured motorist coverage. Under Florida law, auto insurance companies are obligated to offer you uninsured and underinsured motorist coverage, but you are not required to purchase it. Nevertheless, as you can see from the accident above, this coverage can prove to be invaluable in a catastrophic accident.

If you have uninsured motorist coverage, you can file a claim seeking reimbursement for medical bills and lost wages not fully paid by your no fault coverage. You can also seek reimbursement for future medical costs and loss of future earning capacity, along with pain and suffering.  Furthermore, uninsured motorist coverage is something that “follows” you, meaning you can file a claim even if you were a passenger in someone else’s vehicle.

If you do not have uninsured motorist coverage, you will likely be limited to state-mandated Personal Injury Protection benefits which are limited to $10,000 in coverage. Florida is a no-fault insurance state, which means you have the ability to file a claim for these PIP benefits without having to reach a decision on liability. Therefore, it represents benefits you can access quickly, but it may not be enough to properly compensate you. Yes, $10,000 may sound like a decent amount of money at first glance, but in a major car wreck, it will likely only cover a tiny percentage of your overall damages.

Do You Have Questions? Contact a Miami Car Accident Lawyer Today

If you or a family member was seriously injured in a car wreck in or around Miami, you are probably feeling stressed out and have a number of questions about your legal rights. Our law firm is here to help. Contact the experienced Miami injury attorneys at the office of Alan Goldfarb, P.A. today to schedule a free case review.