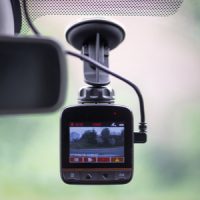 An interesting case for personal injury attorneys will go before the Florida Supreme Court soon. The case will determine if dashcam evidence alone is enough to dismiss a lawsuit against Wilsonart, a Texas-based trucking company that is the target of a lawsuit. The dashcam evidence, they claim, proves that their driver was not at fault for the accident.

Let’s say Joe is in a car crash with a trucker. Joe says that the trucker failed to see him in the lane and then made an unsafe lane change causing the collision. dashcam evidence completely refutes Joe’s story and shows that Joe himself was attempting to switch lanes unsafely and moved into the truck’s lane. The trucking company provides this evidence at trial and the judge, upon looking at it, rules that Joe is lying or confused about what happened. The judge dismisses the case based on the dashcam evidence and that’s the end of Joe’s lawsuit.

It is, in essence, the perfect lawsuit for trucking companies who want to protect their drivers and their interests by placing dashcams on their vehicles. Even though Joe is unlikely to win his lawsuit given that the dashcam evidence refutes his accounting of events, the trucking company must still jump through the hoops at their own cost to litigate a doomed trial. For obvious reasons and understandably, the trucking company would prefer not to do that.

However, the law, as it is written, prevents video evidence from being the basis of a dismissal. At this point, the Supreme Court has two options. They can say, “This is how the law is and this is how it works. If you want to change the law, you have to go through the legislative process, but it’s not our purview to overturn a law.”

It will be interesting to see how this one turns out.

If someone else’s negligence caused you injury, call the Miami personal injury attorneys at the office of Alan Goldfarb, P.A. today to schedule a free consultation.