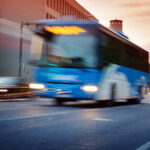 The popularity of using Megabus has exploded over the years due to intense marketing campaigns and rock-bottom pricing. For example, some Megabus vehicles offer inter-state travel for literally $1. This may sound like an incredible bargain, but be aware that you may be at higher risk of suffering a catastrophic bodily injury if you… Read More »

Damages take on a different meaning within the law than in the civilian world. In a legal sense, damages generally refers to the economic or monetary losses a plaintiff has incurred because of how a defendant acted. And within the law there are different kinds of damages. For example, there are: Actual damages –… Read More »

Uninsured Motorists in Florida: A Problem

Florida has a problem with uninsured and underinsured motorists. In a recent study by the Insurance Research Council, it was shown that Florida has the second highest number of uninsured motorists in the country with 3.2 million. In first place is California with 4.1 million, and in third place is Texas with 1.6 million…. Read More »