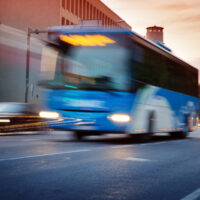 The popularity of using Megabus has exploded over the years due to intense marketing campaigns and rock-bottom pricing. For example, some Megabus vehicles offer inter-state travel for literally $1. This may sound like an incredible bargain, but be aware that you may be at higher risk of suffering a catastrophic bodily injury if you decide to ride on a Megabus.

Since 2013, at least 22 major accidents involving Megabus have been reported in the United States. Investigations into these accidents oftentimes found evidence that the bus driver was speeding, was fatigued due to being on the road for hours on end, or even was intoxicated, according to the Six Thirty.

According to the U.S. Department of Transportation, more than 23,000 people suffer serious injuries in bus accidents each and every year. If that was not bad enough, an estimated 12,000 kids are hurt in bus accidents.

When an accident occurs involving a large commercial bus, the ramifications for the passengers can be devastating. This is because passengers on many Megabus vehicles are not afforded the option of wearing a seat belt. This creates a serious risk that passengers will be tossed around and propelled throughout the bus if a collision occurs or a bus tips over. As a result, commonly-reported bus accident injuries include:

Legal Action After a Megabus Accident

If you or a family member was seriously injured in an accident while riding on a Megabus or other large commercial bus, it is important to sit down with an experienced Miami bus accident attorney to discuss your legal options.

Do You Have Questions About Your Legal Rights After a Megabus Accident? Speak to a Miami Bus Accident Lawyer

If you or a family member was seriously injured in a Megabus crash in or around Miami, our personal injury law firm is here to help. Contact the experienced Miami injury attorneys at the office of Alan Goldfarb, P.A. today to schedule a free consultation.