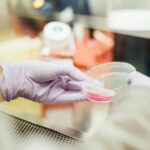 So-called “stem cell” clinics are multiplying across the United States, offering hope to those on the receiving end of a poor prognosis. But many believe that these untested therapies are nothing more than the latest version of snake oil. Providers like the Stem Cell Center of Georgia purport to provide cures for conditions as… Read More » 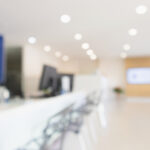 For obvious reasons, hospitals face a lot of lawsuits. Not all of them have merit, and sometimes there’s ambiguity between a surgical or doctor’s error and what rises to the level of medical malpractice. Sometimes diagnoses are missed or understaffed hospitals provide substandard care. But for one unfortunate young man, a nurse who was… Read More »

Caught on Tape: Doctor Sued Over Disparaging Comments During Surgery

A doctor practicing in Florida recently left her practice as an anesthesiologist after losing a court case in Virginia. The court case was about brutally disparaging comments she made during a surgery while performing a colonoscopy. Reportedly, the doctor said things like, “I want to punch you in the face,” and warned her colleges… Read More »