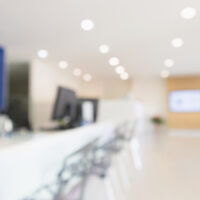 For obvious reasons, hospitals face a lot of lawsuits. Not all of them have merit, and sometimes there’s ambiguity between a surgical or doctor’s error and what rises to the level of medical malpractice. Sometimes diagnoses are missed or understaffed hospitals provide substandard care.

But for one unfortunate young man, a nurse who was allegedly high on methamphetamine accidentally removed his breathing tube while he was giving him a bath, causing his heart to stop beating and resulting in irreversible brain damage.

The young man was admitted to the hospital with the flu. He now eats through a feeding tube, is unable to speak, and has difficulty walking.

The boy’s mother said that the nurse appeared to have bloodshot eyes. She observed him shaking and sweating and said that he appeared to be very hyper and anxious.

While the nurse and the hospital deny that the nurse in question was high on meth at the time of the incident, the family’s lawyer claims that the nurse made his addiction known to hospital administrators as far back as 2014. They also claim that he was admitted to a drug rehabilitation program for nurses called IPN (Intervention Project for Nurses).

In 2016, however, the nurse quit the program and they reported him to the health department. He had violated a 5-year contract that forced him to keep up with the rehabilitation program and seek out mental health services.

Is the Hospital Negligent as Well?

When a nurse is admitted to the IPN program, the administrators of the hospital are made aware of the situation. If there is an adverse medical incident involving a patient, the hospital should immediately give the individual a drug test. In this case, the hospital failed to give the nurse a drug test.

When the nurse washed out of the IPN program, he told the health department that he gave up his nursing license and had taken a job as a cruise line consultant. But clearly, that wasn’t the case.

The boy was born with Jeune Syndrome, a rare genetic disorder in which the lungs fail to develop properly. The hospital was aware of his condition, and that the boy needed to be put on oxygen in order to keep him breathing. The nurse was responsible for bathing the boy and asked his mother to help him replace the sheets beneath him. As he was lifting the child, his hands began to shake. The tube in the young man’s mouth had fallen out. The nurse failed to replace the breathing tube and asked another nurse to assist him. The nurse attempted to resuscitate the child but also failed. A tracheotomy had to be performed. By then the boy’s brain had been starved of oxygen for at least 7 minutes.

While the hospital and the nurse still deny any wrongdoing, a jury could easily find in favor of the plaintiff in a case like this. The family will likely be able to collect on their subsequent medical expenses including care for the boy for the remainder of his life. They will also be entitled to compensatory damages for pain and suffering, and the loss of happiness, fear, and anxiety that the situation caused them. In addition, they’re entitled to be compensated for lost time from work.

If you have been the victim of medical malpractice in Miami, our talented attorneys are eager to assist you today. Don’t hesitate to reach out to Alan Goldfarb, P.A. for assistance with your case.