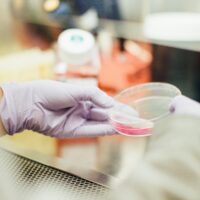 So-called “stem cell” clinics are multiplying across the United States, offering hope to those on the receiving end of a poor prognosis. But many believe that these untested therapies are nothing more than the latest version of snake oil. Providers like the Stem Cell Center of Georgia purport to provide cures for conditions as varied as Parkinson’s Disease, Alzheimer’s, and Autism. The FDA recently warned about the efficacy of such treatments, but clinics such as the one mentioned above are promising their patients miracle recoveries while, at the same time, causing irreversible damage.

One woman who went in for treatments for her macular degeneration had her own fat cells injected into her eye. Within a week of the procedure, her left eye began to detach, then her right eye went. Now, after several surgeries that attempted to undo the damage, the woman is blind, can no longer read, or see the faces of her own grandchildren. She has filed a lawsuit against the center alleging negligence.

Most People are Unaware the Treatment is Unproven and Untested

Stem cells are notable for their ability to regenerate or to become any kind of cell. It is widely believed that eventually, medical science will hone stem cell therapy in order to regrow damaged tissue. At the same time, medical science has not quite figured out how to use the healing power of stem cells in order to treat conditions such as macular degeneration. Yet stem-cell clinics are touting their treatments as a revolutionary form of therapy. They are neither warning their patients about the possible dangers nor informing their patients that the treatment is not approved by the FDA.

Not Subject to FDA Approval?

It’s unclear what, if any, authority the FDA has over these matters. Over the past couple of years, the FDA has issued warnings to some clinics and seized a “concoction” produced by one stem-cell clinic to “fight cancer.” Since the clinics use fat extracted from the patient’s own body to “treat” these different problems, they are not, in effect, producing a new drug that the FDA has the power to regulate.

The states have gotten involved, however. Last year, California passed a law requiring stem-cell clinics to explicitly state that the therapies are not approved by the FDA. The FDA, on the other hand, is still fighting to target these procedures and prevent clinics from administering them to unwitting patients. The clinics are responding by saying that patients have a right to use the cells of their own body for experimental treatment.

Nonetheless, practitioners of this form of therapy are injecting stem cells into brains, eyes, and spines, which is, in and of itself, a very delicate medical procedure. The lack of oversight and accountability for this burgeoning industry has many legislators concerned.

Adverse results, however, have been rare. Rarer still is any evidence that the treatment provides the desired effects. It will be interesting to see if the woman who was blinded by the experimental therapy is able to collect on her negligence claim.

Have You Been Injured by a Medical Procedure?

If you have, reach out to the team at the office of Alan Goldfarb, P.A. of Miami. We’ll do everything in our power to see that your case is resolved to your satisfaction.