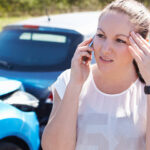 A student visiting Miami Beach from Boston over his holiday break continues to recover from an accident that left him with numerous broken bones after a driver plowed him while he was standing on a sidewalk and then drove away. The victim is surprised that the driver who, according to police reports, was caught… Read More »

There are few injuries that are as painful as burn injuries. Burn injury victims can have long and painful recoveries, which last can last for months, years, or may go on for life. Burns can cause extensive damage to a victim’s skin, nerves and bones. This damage can be permanent and change the life… Read More »

A recent decision by the Florida Supreme Court brought a medical malpractice case from early 2003 to a close. The issue surrounded Florida’s controversial medical malpractice cap law that was also passed in 2003. The Court was tasked with determining whether the new cap law would apply retroactively to a woman injured by medical… Read More »