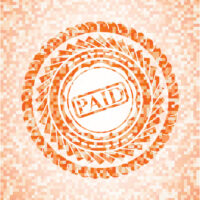 Is the University of Central Florida responsible after a flying sign struck a fan in the stands? A Brevard County woman sued the UCF when, while she was attending a Knights football game, a “three-tiered metal-framed sign stand” struck her causing her to suffer injuries. The suit claimed that the University alongside other associated partners were negligent and, therefore, responsible for her injuries.

University Claims the Event is an “Act of God”

Blaming God has become increasingly fashionable in premises liability lawsuits. This is largely due to the structure and how the question of negligence is determined in these lawsuits. All premises liability lawsuits boil down to one question: Was the event foreseeable? In a case where the event was foreseeable, the property owner or manager is responsible for the victim’s damages. In the case where a dangerous circumstance could not have been foreseen, then you have to blame God. Since God is not a citizen of the United States, nor does He hold any assets in his name, the lawsuit can be dismissed without the property owner or manager taking responsibility or paying out damages to an injured victim. The victim, however, may get to call in a heavenly chit when the time comes.

Woman Claims the Event is an “Act of Negligence”

The University ultimately settled the lawsuit and the details of that settlement are sealed. In cases like this, a victim may be given a handsome settlement but that is conditioned on keeping their lips sealed concerning the amount or the details. The University still gets to blame God and the woman gets fair compensation. So everyone goes away happy.

An attorney for the woman said that she suffered serious head trauma, required medical attention, and has permanent and continuous impairments due to her injury.

Blaming the Victim and God

In a lawsuit against an at-fault property owner who is being sued in a premises liability suit, the defense’s most likely course of action will be to blame the victim. In fact, any civil defense attorney who did not attempt to blame the victim for the accident would likely be committing malpractice against their client. For those who are in the midst of filing lawsuits against negligent parties yourself, this should be understood. Regardless of the circumstances, the defense will make every effort to blame you for your injuries.

The Miami legal team at the office of Alan Goldfarb P.A. has helped our clients recover millions of dollars in compensatory damages for their injuries. If you’ve been injured, you can trust our firm to handle your lawsuit effectively and efficiently. Give us a call or talk to us online to set up a free consultation.