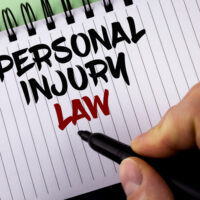 Plaintiffs say that an “odorous and ill-tempered” yacht captain who took an open Atlantic route from Nassau to Eleuthera Island against their express wishes should pay them $10 million for exposing them to dangerous seas. The plaintiffs say when they asked the captain to travel to calmer waters, he appeared angry and resentful of the request and upset that anyone would dare suggest a different route. The passengers believe that the captain was attempting to punish the party by traveling through less calm waters.

According to the plaintiffs, they suffered “hours upon hours” of waves hitting the yacht. The plaintiffs contend they had to deal with “severe vomiting, vertigo, anxiety, and fear”. The plaintiffs maintain that the captain was required to accommodate the passengers during the voyage by following all reasonable orders, including the order to avoid the open ocean.

In a lawsuit like this, the question will come down to damages. In order to file a negligence lawsuit against a defendant, you need to be able to prove that you suffered some form of injury. In maritime lawsuits, you are further restricted from pursuing certain types of damages. As an example, those exposed to COVID aboard cruise ships had to prove that they actually contracted the illness. While those who did not acquire the illness did indeed file lawsuits against the cruise lines, those lawsuits were dismissed. Why?

Maritime lawsuits require that a plaintiff show physical injury. In most other arenas, you can sue for the intentional or negligent infliction of emotional distress. But when it comes to incidents that occur on the high seas, your options are severely limited. These rules are extraordinarily difficult to get around. The passengers aboard the yacht who did not suffer actual physical injury will likely have their case dismissed on the basis of maritime laws that govern what is expected of sea captains and what kind of duty of care they owe to passengers.

It sounds trivial on its surface. Perhaps more trivial still when you realize that yacht required at least 16 feet of water to safely navigate. The route that the plaintiffs requested would have been too shallow for the captain to safely navigate the yacht. Then, the plaintiffs would have been suing him over following their request as opposed to denying their request. The plaintiffs, however, contend that the piloting could have been done safely with the aid of a “specialized pilot”. However, the route would have been risky. In this case, the captain chose to play it safe. So despite the fact that he was ill-tempered and odorous, it does appear that he did anything wrong.

If you’ve been injured aboard a boat, yacht, or cruise ship, the Miami personal injury attorneys at the office of Alan Goldfarb, P.A. can navigate the complexities of the law when it comes to injuries that occur on the high seas. Call today to schedule a free consultation and allow us to begin building your case today.

By Alan Goldfarb, P.A. | Posted on June 9, 2021
« Lawsuit Filed at Apartment Complex Where Mass Shooting Took Place
The Impact of the Pandemic on Personal Injury Lawsuits »