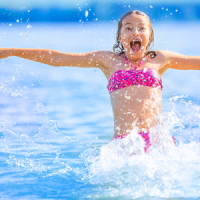 The parents of a five-year-old boy have filed a lawsuit against Daytona Beach after their child drowned in a wave pool. They have filed a lawsuit against the Daytona Lagoon alleging negligence, including a failure to adequately supervise the wave pool while the child was drowning. The incident occurred in August of 2019. The plaintiffs allege that the death was preventable.

Negligence is one of the simplest legal concepts in American jurisprudence. However, its simplicity leaves it open-ended often resulting in confusion. Often, attorneys for plaintiffs will ask themselves: Was this incident preventable? Was this incident foreseeable? These are concepts that are much more accessible to a jury than something abstract with a specific legal definition.

Negligence always results from a failure to exercise care. In most cases, there is a presumed duty of care that every individual must adhere to lest they face a lawsuit. In the case of proprietors who invite members of the public onto their premises, the duty of care is higher than a “typical” duty of care. It is highest when amusement parks injure paying guests with one of their rides.

Amusement parks are “strictly liable” for damages when their guests are injured. That means that guests forgo the proof of negligence and need only show that the injury occurred on-premises, was not the fault of the plaintiff, and injuries resulted. Foreseeability and preventability add a further dimension of negligence to these claims. In this case, it was foreseeable that children in a wave pool could drown. It would have been preventable had the amusement park provided lifeguards to ensure that children too young for the pool did not enter, or at least provide life-saving services if they got into trouble.

While you don’t have to prove negligence in an amusement park lawsuit, the allegation strengthens the case. The parents contend that there were too many people in the wave pool at the time of the incident. This led to a situation where there were too few lifeguards manning the pool. That is, essentially, the basis of the plaintiff’s negligence claims.

Meanwhile, the defendants say that they ask all patrons under 52 inches tall to wear lifejackets while enjoying the wave pool. The waves can be quite strong and smaller bodies would be tossed about the waves. It’s unclear if the park had a policy of enforcing the wearing of life jackets or only made the recommendation. It’s unclear if the parents knew about the policy or if it was being enforced.

A lifeguard on the scene did attempt to perform CPR. The boy was taken to the hospital but died en route.

If you’ve been injured in an amusement park or on a ride, the Miami personal injury attorneys at the office of Alan Goldfarb, P.A. can help you recover damages related to your injuries. Call today and schedule a free consultation and we can begin preparing your case immediately.