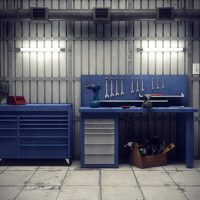 A car tech was killed during an oil change when another tech who was in the vehicle at the time caused it to lurch forward killing his coworker. The family of the deceased coworker has filed a lawsuit against both the tech and the vehicle owner.

Herein lies the rub. If you were to lend your vehicle to another individual, you are ultimately responsible for any accident they cause. That means the vehicle owner could be held vicariously liable for the tech’s death even though another tech was operating the vehicle at the time.

A lawsuit like this has no real precedent. While “lending” your vehicle to another party can create a scenario where the owner is liable for an accident, the vehicle owner did not “lend” the vehicle to another party. He paid to have it serviced. So the act of “lending” in this case would not necessarily impute any vicarious liability. If the court finds that it does, a vehicle owner could be held liable for the conduct of a tech he has no control over.

The lawsuit is unlikely to result in a judgment against the vehicle owner unless the plaintiffs can prove that the owner made some sort of modification to the vehicle or failed to warn the techs about an ongoing problem that he had yet to have serviced. In either of those cases, you have direct negligence. It is unclear that vicarious liability can be assigned in the case of a vehicle owner leaving their car with a mechanic.

Will the vehicle owner be held liable?

While this sounds like it’s all just a wash, insurance companies don’t just do whatever they’re told. They’ll probably want to fight the order.

The dealership is 100% responsible for this accident. The tech who was operating the vehicle that killed his coworker did not have a driver’s license, had never taken a driver’s education course, and did not know how to operate a manual transmission. The car lurched forward because an unqualified employee attempted to operate the vehicle without knowing how.

Since the employee was killed by the negligence of his own employer, the lawsuit would be filed directly against the employer. The problem is that state law would prohibit such a lawsuit and force the matter under workers’ compensation. The family would receive death benefits, but they could not file a lawsuit. By targeting the vehicle’s owner, the attorney has tricked the legal system into making this a personal injury case. Nonetheless, the vehicle’s owner is in the crosshairs for a matter he contributed no negligence to.

The Miami personal injury attorneys at the office of Alan Goldfarb, P.A. represent the interests of injured plaintiffs in lawsuits against negligent defendants. Call today to schedule a free consultation and we can discuss your case in more detail.