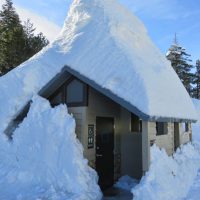 A woman has filed a personal injury lawsuit against a ski resort after she suffered a major slip and fall injury in the bathroom. According to the lawsuit, the woman suffered a concussion and broke her femur. The injury to her leg was severe enough to require surgery. The ski resort denies the allegations stating that the plaintiff’s injuries were either the result of “inherent risks” or pre-existing conditions.

We don’t have a lot of ski resorts in Florida, but we have plenty of attractions in our home state and most of these are protected by legislation that ensures that our primary industry isn’t sued to death. The same remains true of places where ski resorts are common. The local government wants to protect the industry from lawsuits and the regulatory framework tends to support these businesses. In fact, ski resorts have much better protection than our own amusement parks which are generally strictly liable when someone is injured due to a ride malfunction. Ski resorts generally require that you sign liability waivers that prevent you from filing lawsuits under specific theories of negligence. For example, a ski resort would require an individual to sign a waiver based on negligent design, negligent maintenance, and more. Unlike amusement parks, which are supposed to provide only the illusion of real danger, skiing is always dangerous by virtue of its very nature.

Are ski resort bathrooms an inherent risk of skiing?

While the waiver won’t cover the bathroom, it remains unclear how the plaintiff will pursue their cause of action. If this were anywhere else other than a ski resort, the plaintiff would have a much stronger case.

The Miami personal injury lawyers at the office of Alan Goldfarb, P.A. represent the interests of injured plaintiffs in lawsuits against negligent defendants. Call today to schedule a free consultation and we can begin preparing your case immediately.