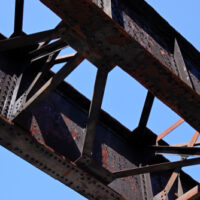 Determining liability in a car accident is never a simple process. There are many factors that determine fault, and even in a no-fault state like Florida, personal injury liability – when it’s extreme enough –  is governed by the question of negligence and the realm of the courts.

But what about when the victim is a cyclist who was hit by a driver that was attempting to swerve away from a collapsing bridge?

The pedestrian bridge that collapsed at Florida International University made national headlines after the deaths of four people and numerous others were injured recently. This lawsuit, which is being brought against FIGG Bridge Engineers, Munilla Construction Management, and potentially others involved with the bridge, alleges that defective construction and design of the bridge is to blame for the cyclist’s injuries.

The individual seeking damages says that as he was riding his bike to work, the bridge came crashing down forcing a car to veer into him.

Determining the Cause of the Bridge Collapse

The merit of a personal injury lawsuit such as this and the wrongful death suits that are sure to follow, is the question of whether or not the bridge’s defects were to blame for its collapse. While this is still unknown, this particular lawsuit will force these companies to turn over any documents that are related to the bridge’s construction. Meanwhile, police officers are conducting a separate investigation to see if foul play was involved.

If it can be proven that some individual tampered with the bridge in such a way as to make it structurally unstable, then none of the companies that were involved with the bridge’s construction could be held liable.

Complicating issues for the companies that were involved in the construction and design of the bridge is the fact that there were reportedly cracks that had formed in the structure. According to reports, an engineer at FIGG Bridge Group reported the issue to the Florida Department of Transportation. However, no one heard the message until the day after the bridge collapsed. Further, the engineer seemed to indicate on the voicemail that the cracks were unlikely to be a serious problem and certainly not a large enough problem to worry about the bridge completely failing.

With multiple simultaneous investigations happening, the hope is that the ultimate cause of the bridge’s collapse will become clear.

The Merits of the Personal Injury Suit against the Bridge Contractors

The first thing, however, is determining who is at fault for the bridge collapse in the first place. With that a virtual unknown, it’s impossible to say if the case will succeed. It will, however, force the defendants to release information to the plaintiff’s lawyer concerning the construction and design of the bridge. If it turns out to have been caused by shoddy construction, an injured cyclist will be the least of their worries.

Let Us Help You Today

If you have suffered an injury due to another party’s negligence, we can help you throughout each step of your case. Don’t hesitate to reach out to the office of Alan Goldfarb, P.A. in Miami and we’ll ensure you get the settlement that you deserve.